Warning: A non-numeric value encountered in /home/customer/www/jennifermunley.com/public_html/wp-content/themes/Divi/functions.php on line 5763

My 2nd Life: How do we reinvent ourselves? 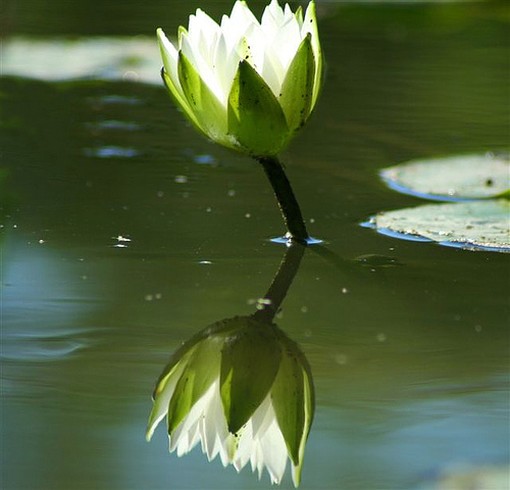 They say your 40’s are middle aged or mid-life, but I feel like in many ways it is my 2nd life. I have started a second career, my marriage is in many ways rebirthed and starting a new chapter, and I had kids later so being a mother is part of my 2nd life. Many of the elders that I love and have always been my anchor are in the latter stages of their lives, so my position in the family feels different than always being the baby of the family. With being a mother and starting a new business comes new communities, so many of the people that I am involved with on a daily basis are part of my 2nd life.

Some days I don’t even recognize this new life. That is not a bad thing, but often I find that when we want to create something new we completely let go of the old. Sometimes that is even necessary temporarily, but how do you bring parts of yourself with you?

I spent my 20’s and 30’s working in television, including being an owner of production companies for 14 years. Two decades of my life were spent doing something I now talk very little about. As I make a deeper commitment to the new life I am creating, and make the decision to truly step in and say yes to this new adventure, I find myself thinking, dreaming and wondering about the past.

I have such gratitude for my time in television, and the truth is I am not sure I won’t revisit it again. Working in television and film is all I ever wanted to do. I had 5 internships while still in college because I couldn’t wait to get to work. Finding a job was more difficult than I thought it would be (they should really share the reality of that more with young adults), but I finally landed a job in a post-production house in NYC. It paid near nothing, and I was so thankful both for the job and because I saved my tips from college when I was a bartender. I couldn’t have been more excited. I moved out of my parents’ house a few short months after I started and began my adult life in the big city.

National Video Center, where I worked, was like the “Six Degrees of Kevin Bacon.” Seriously, if everyone who knows someone who knows someone that worked there commented on this post we would have quite a list. They were such exciting times. Shortly after, I started to work for an offshoot of that company at a start up production company in a downtown loft space. I learned a lot quickly, went on exciting shoots with fun (well mostly) celebrities, and was working hard “living my dream.” After that job I went freelance for a while and then opened up my own production company with a partner at 28 years old, and a few years after opened up a company on my own. I was so busy being successful that I tried hard to ignore the voice that said, “I’m not sure this is truly your dream.”

I got married at 31 and started healing school in Miami shortly after. The voice had started to be persistent enough that I decided to learn something else “as a hobby.”
So, as great and as critical as attending healing school has ended up being in my life, I was now running a company, flying to Florida 5 or 6 times a year to attend healing school, was in a new marriage, and still trying to participate in activities of family and friends. Oh yeah, and we bought and decorated a beach house during this time too. I’m exhausted just reliving this through my words.

At 36 I had a baby and kept the same schedule going, plus began running a small private practice seeing clients in addition to running my television company, basically until I got pregnant with my second child at 40 years old.

That is what finally slowed me down and what has shifted everything in my life since then. I knew this shift was coming, but was unclear what the catalyst would be. I downsized my life big time since then including letting go of homes, offices, 16-hour workdays and so forth. I was and am still incredibly busy mothering and running my private practice and new business, but the energy of the busyness is very different. This new life felt and still feels a bit shocking at times.

Sometimes to make a drastic change in our lives I do feel we need to change everything. For some the catalyst is divorce, illness, depression, unemployment, job transfer, and the list goes on. I was addicted to being busy and desperately trying to prove my worth through my success. The truth is I got off on the adrenaline and the excitement. I was terrified to slow down, because what if I did and I didn’t like who I was? What if there wasn’t even anything really there? The idea of slowing down and being with myself was daunting. However, the idea of not slowing down and this being all there was for me in my life was a far scarier prospect. It took courage to say yes to this new adventure. I gave up a lot of external comforts, but my soul was crying out to me that there was more for me to do, with as Mary Oliver says, “my one wild and precious life.”

I’ve been wondering lately about where do I hold myself back and how do I hold myself back from fully stepping into this 2nd life? How can I hold self-compassion? How do you stay with the core of who you are when so much is changing? What do you anchor into? For me I have been drawn to spend time with my family of origin for the familiarity, support, love and safety. I have also been reflecting on my past in order to see what parts of myself I can bring forward into this new beginning.

As I have been writing this, my heart is open and smiling as I remember certain crazy times on film sets, travel adventures both with work and personally, the acknowledgement of how I was and still am a skilled producer (I just produce more child birthday parties now), the laughter with old friends and colleagues and so much more life that has happened.

The thing is, these memories and parts of myself are all still real and there for me to hold on to and bring forth whenever I feel called. I just had to gain enough distance and perspective before I could let myself revisit that time in my life. It isn’t about anyone or anything from my past, but rather the “me” that was trying to evolve and attempting to get clearer on what my “dreams” truly were. They are evolving, but what I now know is that the core of who I am has always been the same. I simply value myself in a new way, and am clear that it isn’t my monetary success that makes me worthwhile. I am essential simply because I exist. What I needed to revisit was exploring what lights me up, and in order to do that I needed to change almost everything. That said, what hasn’t changed is the essence of who I am, and the people that matter most to me in my life.

I feel grateful for every moment and every person that has been a part of my journey so far, I feel more successful than I ever have, I am more internally at peace than I have ever been, and I believe that I can and am creating a life externally that supports the gratitude, love, excitement and joy that I feel internally. I wish this for all of us and I hope that if you are starting, or thinking about entering a new phase of your life you be gentle with yourself, and know that it is worthwhile. I will ask YOU now,

“Tell me, what is it you plan to do with your one wild and precious life?”

You have Successfully Subscribed!